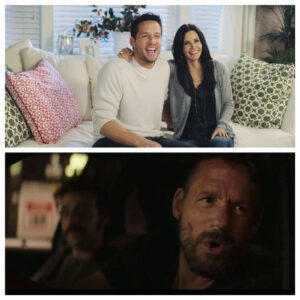 Coming up this week on ‘Red Carpet Rendezvous’, actor Josh Hopkins! Josh is best known for playing the role of Grayson, Courtney Cox’s gorgeous neighbor on ‘Cougartown’. Tune in and find out how Josh got his start in acting (spoiler, it was a Broadway play!), what he’s binge watching in quarantine, and why everyone should ...

Lauren joins other journalists and film critics on the ‘virtual red carpet’ for Melora Walters’ new indie film, ‘Waterlily Jaguar’ (which she wrote and directed!). Sorvino, Walters, Christopher Backus, Stacey Oristano, James Le Gros and additional cast members chat about the movie, plus the future of the film and television industry!

https://youtu.be/VKd09ZVlufA Lauren Conlin of "Red Carpet Rendezvous Podcast' discusses the impact of COVID19 in the Hollywood and Film Industry on National Report for Newsmax TV. Follow @Lauren_interviews on Instagram.

Jessica Pimentel and Catherine Curtin of 'Orange is the New Black' are BOTH in the new Tribeca Film Festival short, 'Gets Good Light.' Here is a quick clip- to listen to the full podcast episode, subscribe to "Red Carpet Rendezvous Podcast" on Apple. Follow @Lauren_interviews on Instagram. https://youtu.be/4do0p0rU0RA

These ladies are on screen together again in the new Tribeca Film Festival short, ‘Gets Good Light.’ You might be surprised to know…despite being on multiple television shows and films together; they’ve actually never acted in a scene together!